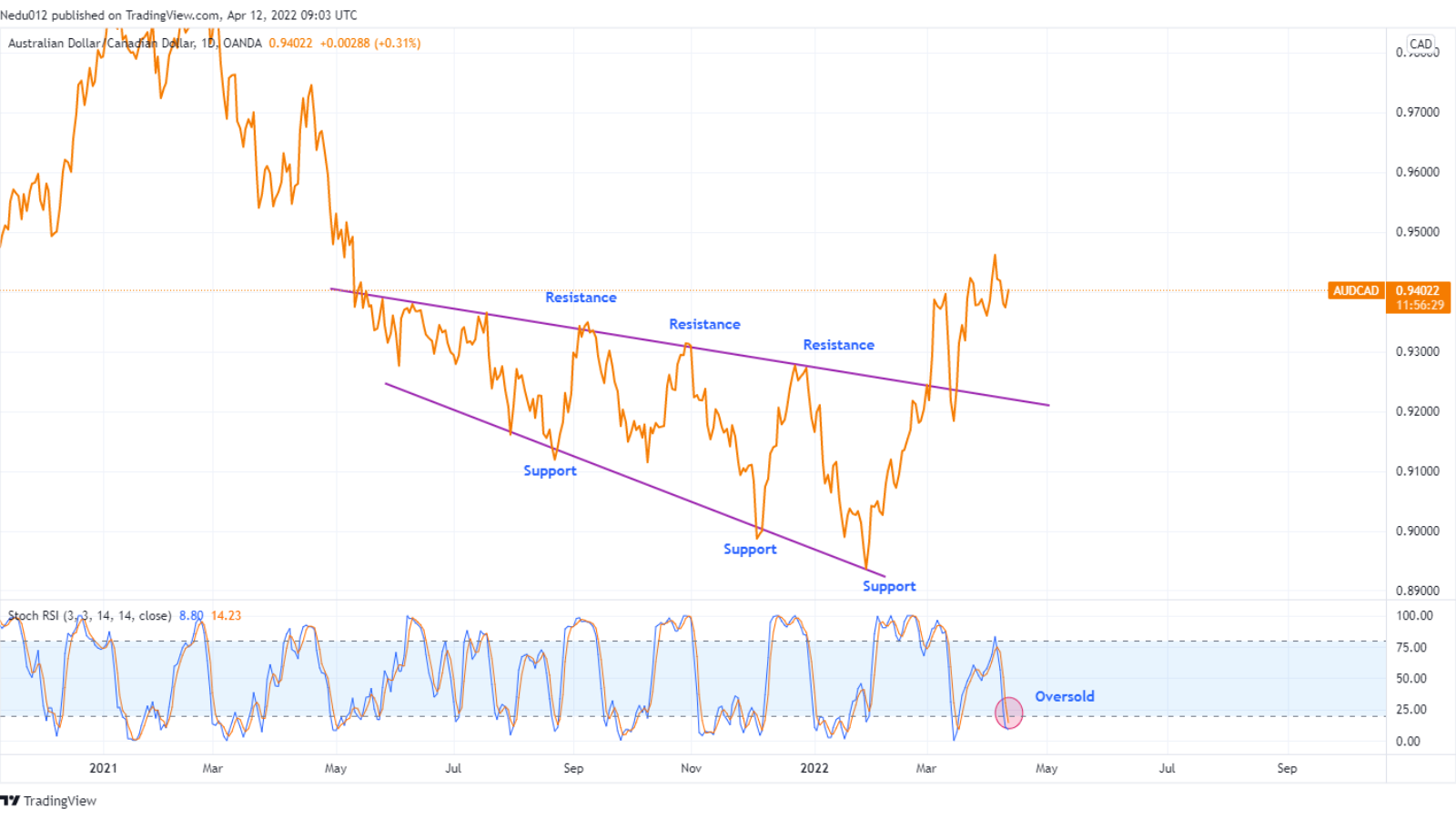 Aud/Cad Trading Idea! Just a few days after our previous analysis, the pair played out as speculated. Could this be an additional trading opportunity to scale into our trade or sit back and watch the market? Continue reading to explore this trading opportunity.

The unemployment rate is used to measure the percentage of the total workforce that is unemployed and the ones actively seeking employment during the previous month, Although it is generally viewed as a lagging indicator.

The number of unemployed people is an important signal of overall economic health because consumer spending is highly correlated with labor-market situations, this data is released monthly, about 15 days after the month ends.

If however, the Actual data released is lesser than the Forecast, it is considered good for the preceding currency.

This measures the interest rate at which major financial institutions borrow and lend overnight funds between themselves, The rate decision is usually priced into the market, so it tends to be influenced by the Bank of Canada(BOC) Rate Statement, which focuses on the future.

This data is scheduled 8 times per year, however, if the ‘Actual’ data released is greater than ‘Forecast’, it is considered good for the currency.

Aud/Cad pair as speculated from our previous analysis retested the broken resistance of the Descending broadening wedge pattern where it bounced off, thus making a new high testing 0.95000 price level which resulted in a minor pullback on the pair.

Using the stochastic indicator on the above daily chart, we can observe that the Simple moving averages(SMA) are already in the oversold region, this is an additional confluence that buyers are jumping in with their orders.

The unemployment rate is used to measure the percentage of the total workforce that is unemployed and the ones actively seeking employment, however, if the Actual data released is lesser than the Forecast, the Aud/Cad pair will be expected to continue its trend.

What are your thoughts on this Aud/Cad trading idea? Is it useful ? or is it a waste of time? Let us know by commenting on this post or our forum, and be sure to check back shortly for more trading-related content.