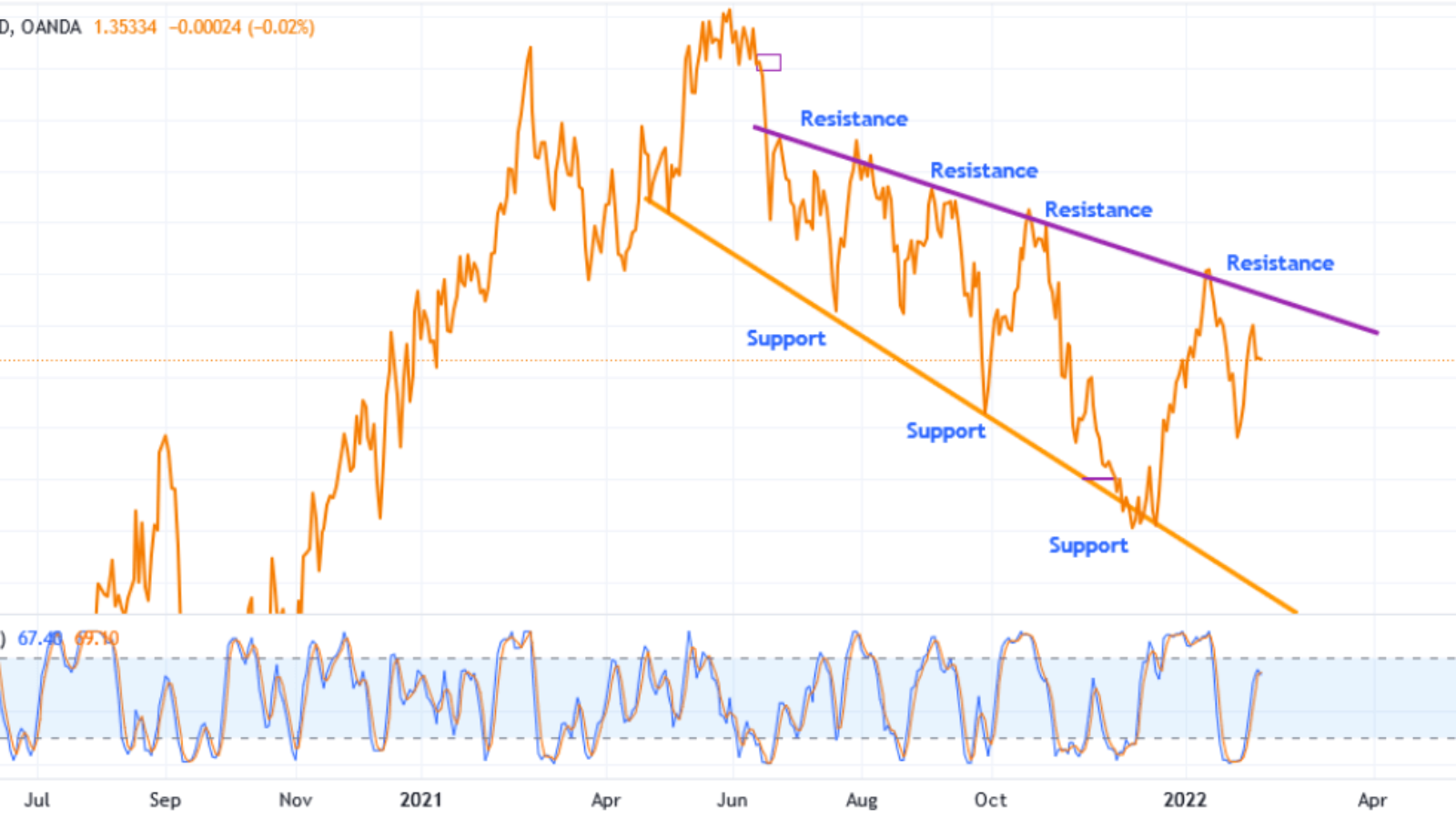 Great Britain Pounds Vs US Dollar pops up a Sell Opportunity as pair retraces after testing and bouncing off the resistance of the descending broadening wedge chart pattern during the previous week’s trading session as a result of economic data release which weekend the United States Dollar.

Due to hearings from BOE Governor Andrew Bailey at an online event hosted by The CityUK, BOE Governor Mar 2020 – Mar 2028. Volatility is often observed at the time of his speeches as traders attempt to decipher interest rate clues, As being the head of the central bank, who basically controls short-term interest rates has more influence over the nation’s currency value than any other person. Traders scrutinize his public engagements as they are often used to drop important clues regarding future monetary policy, More hawkish than expected is good for the currency.

This basically measures the change in the inflation-adjusted value of all goods and services produced by the country, There are 2 versions of quarterly GDP released about 45 days apart – Preliminary and Final GDP. This Preliminary GDP is the earliest to be released and thus tends to have the most impact.

It’s the broadest measure of economic activity and the primary gauge of the economy’s health, Data is released quarterly, about 40 days after the quarter ends. ‘Actual’ result greater than ‘Forecast’ is considered good for the currency.

Due to speak about the economic outlook and monetary policy by Federal Reserve Bank of Cleveland President Loretta Mester at an online event hosted by the European Economics and Financial Centre. Audience questions are usually expected from FOMC voting members in 2014, 2016, 2018, 2020, and 2022.

Federal Reserve FOMC members meet together and at the end of the day vote on where to set the nation’s key interest rates and their public engagements are often used to drop relevant clues regarding future monetary policy.

this measure the change in the price of goods and services purchased by prospective consumers, it excludes food and energy. Food and energy prices more often than not account for about a quarter of CPI, but they tend to be very volatile and distort the underlying trend. The FOMC usually pays more attention to the Core data – as well as traders. Consumer prices account for a majority of overall inflation.

Inflation is very important to currency valuation because rising prices lead the central bank to raise interest rates out of respect for their inflation containment mandate, ‘Actual’ result greater than ‘Forecast’ is perceived to be good for the currency. this info is released monthly, about 16 days after the month ends

During the previous week’s trading session, the Great Britain Pounds Vs US Dollar pair tested the resistance of the descending broadening wedge pattern, This is a chart pattern formation identified by technical analysts. It is characterized by increasing price volatility and diagrammed as two diverging trend lines, one rising and one falling. It usually occurs after a significant rise, or fall, in the action of commodity prices.

However Great Britain Pounds Vs US Dollar pair retraces testing the 1.36000 psychological price level thus bouncing off during the previous week’s trading session as a result of economic data release which weekends the United States Dollar, we might consider paying attention to the upcoming economic events as they play a significant role in the future direction of the market